​Begin in Castray Esplanade.
1833. The first sculpture is the number 1833. Some stone, rocks, rubble in some wire cages. Warehouses were built out of sandstone quarried locally. Cliffs were chiselled away to create space for the warehouses. Rubble was dumped to move the sea line back. Convicts did most of the work.

Walk down the Esplanade with the river on your left.
Esplanade veers right. Tide House on right.
12.43.  The next sculpture on the trail is dedicated to the tide gauge. Built in 1889 to measure the height of the sea. The gauge pit contains a reference point which is a fixed, immovable square socket carved in stone: 12.43 feet above sea level. At sea level is a metal float which continually moves up and down.

Left: 4 CSIRIO buildings on left.
Road splits into two. Take left branch.
Carpark Cross carpark towards river. Castray Finishing Box.
628. The Sydney Hobart Yacht Race is 628 nautical miles long. It ends at this Castray Box. The sculpture represents the Derwent estuary and all that people would have seen from this point.

Finlay St. Turn left into Clarke Ave.
Clarke Ave curves around the foreshore. Follow Clarke Ave and then follow Marine Terrace.
1923. Topiary as sculpture. In 1923 a man wanted to have open park land here. Other people subdivided the land into 26 lots. Each lot controlled the flora.

313. A floating sculpture. 313 vessels were launched from the Battery Point slipyards through the 1800s. The sculpture is surrounded by many other vessels.
1903: Ross’s Patent Slip was dismantled. Slip remained in further use for about 20 years.
24. A solar powered light inside a resin box. Light glows every hour of every day. Land, sea or sky.

Derwent Lane. Turn left and head towards river. Old slipyards.
1,250. A slipyard once existed here.
1866-1903: A steam powered winch hauled vessels up to 1,250 tonnes up the slip.
1866: The Ross Patent Slip moved from Secheron Bay to Battery Point slipyards. Finlay St Battery Point.
1885: The Kennedy family purchases the slip. They had an ironworks and engineering works in Salamanca Square. They build and repair iron ships. Doone (aquatic centre) married into the Kennedy family.

Back up Derwent Lane. Through some old slipyards to Napoleon St.
Down Napoleon St. Roads deviate on right hand side.
Napoleon St turns to right. On the left is Errol Flynn Reserve.
1909. Errol Flynn grew up near here and went to Hollywood. Errol Flynn was born in 1909. 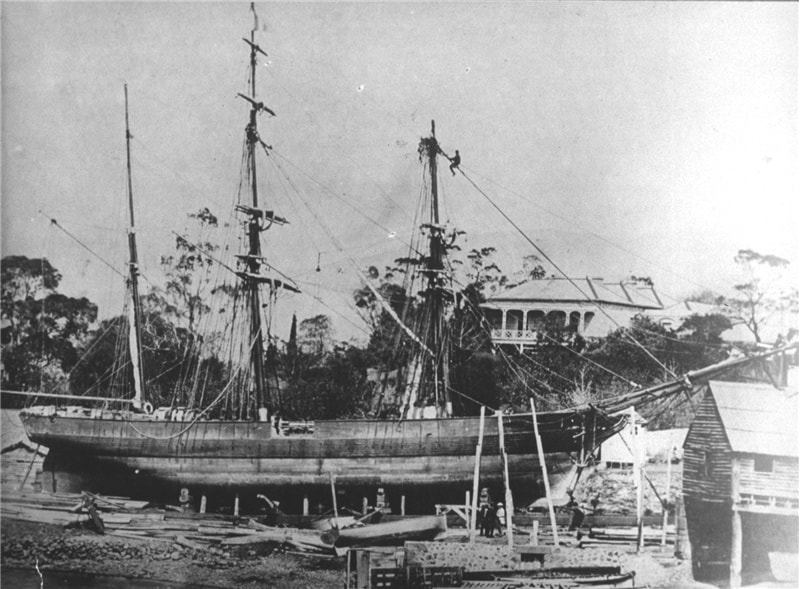 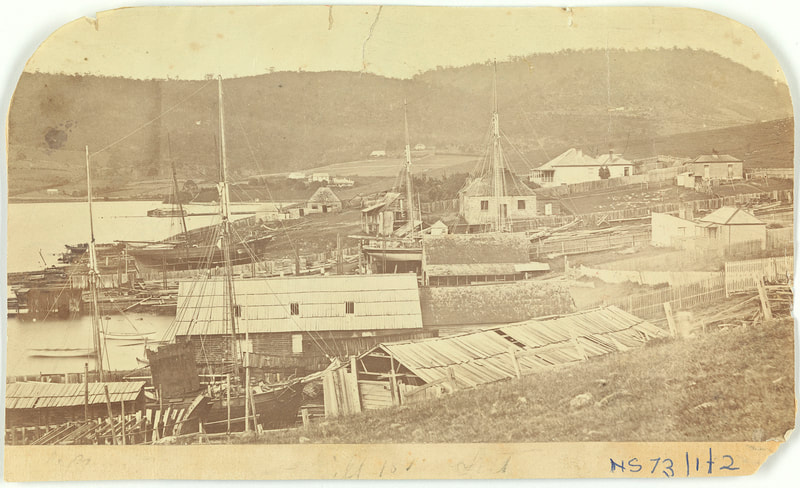 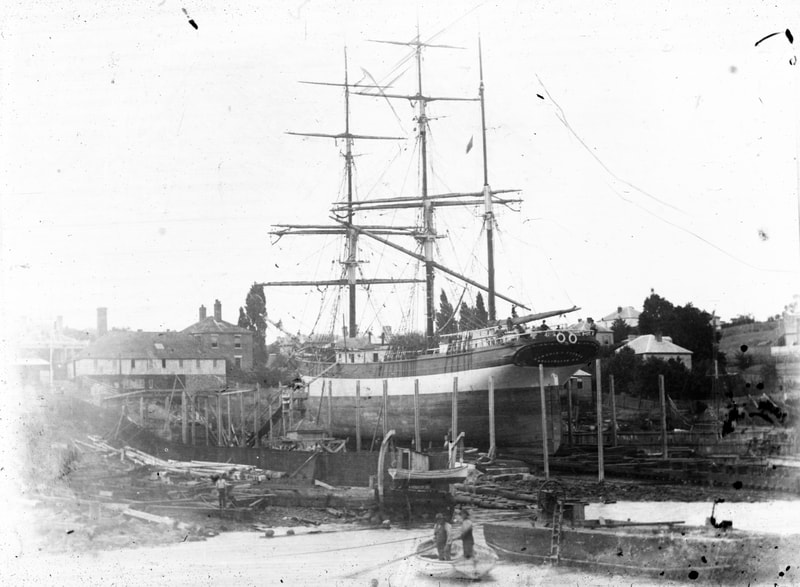 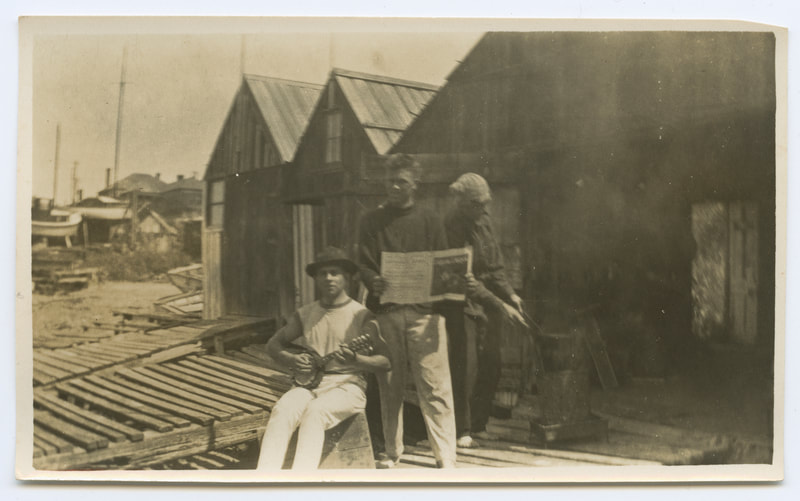 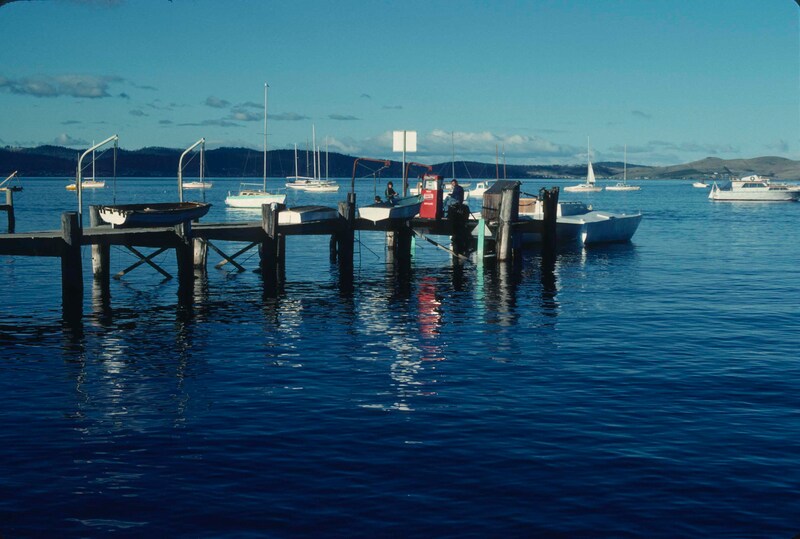 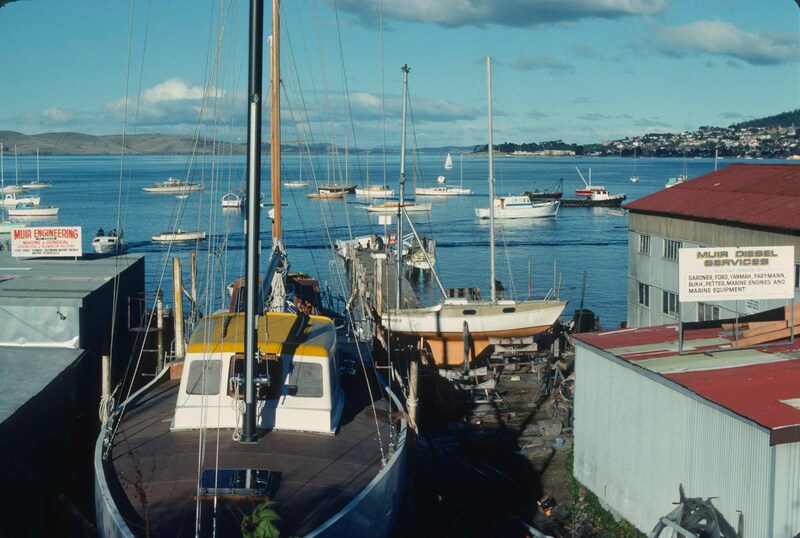 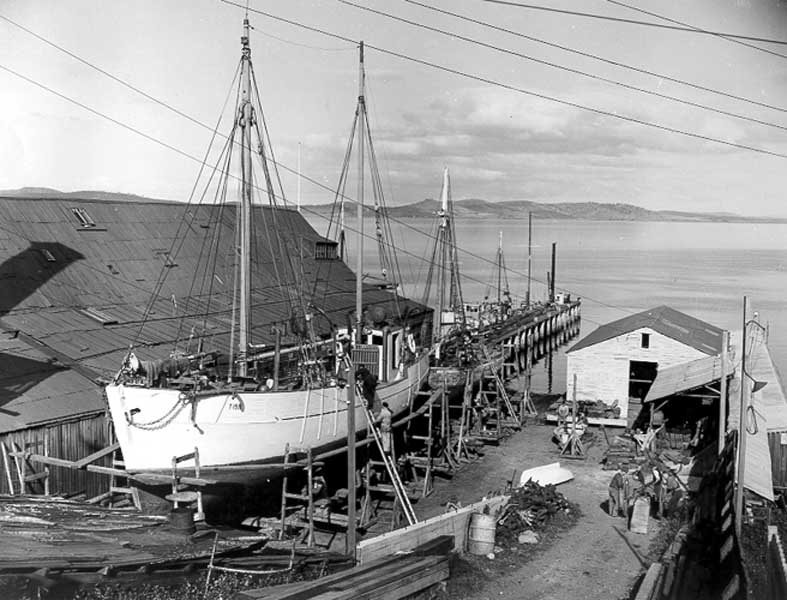