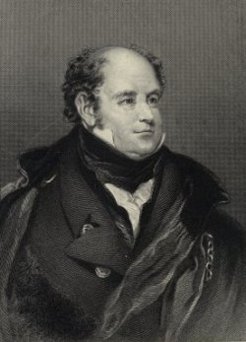 1786: Born England. Ninth of twelve children. His father was a country gentleman. His mother daughter of a farmer. He inherited the desire to improve his social standing.

1805: Fought in the Battle of Trafalgar.

1818: Sailed in search of the North-West Passage.  Blocked by ice.

1828: Married Jane Griffin. A friend of his first wife. No children.

1837-1843: Lieutenant-Governor of Van Diemens Land.  Van Diemens Land was a free colony and a gaol. The free colonists welcomed Franklins appointment and thought he would side with them. They thought Arthur favoured penal institutions.
Franklin was old with no experience of civil administration. He worked hard and conscientiously. His explorations had inured him to discomfort and taught him nothing about political chicanery. He was a sensitive person emotionally depressed by the plight of convicts and aboriginals. Lacking in political skills.
He was liberal in thought and hoped the colony would become happy, free and self-governing. Unlike what he saw.  The colony was full of conflict between free settlers, official appointed in England, the military, the convicts and aboriginals.
Franklin believed there was lack of education, self-interested groups and no sense of community.
He began primary education.
He started Scholarships to study in England. Active interest in culture, science and exploration. He and his wife begin Christs College which was the first tertiary education in Van Diemens Land.

1843: He was sacked as Governor and recalled to England. He was accused of incompetence and petticoat domination.
​
1847: With the aim of vindication he leads an expedition to find the North-West Passage. Ship disappears. All crew deceased. More people die looking for the ship than on the ship. Ship found in 2014.