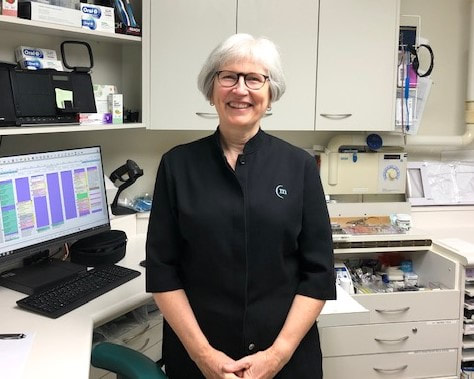 Alan: It’s great to chat but I want to get straight down to business. The thing that’s interesting is we have known each other for a long time. We both studied at Melbourne Uni.

Alan: Can I start with a question? If you could go back in time and see yourself as a student what would you say to yourself?

Jo-Anne: By the time you are part way through the course you have realized where your strengths are and what your favourite things to do. You don’t have to do every facet of dentistry.

Alan: When you were a student did you realise what your strengths were half way through the course.

Jo-Anne:  I enjoyed doing the general restorative and preventive stuff. Quite like perio. Removing teeth is a challenge.
Alan: Most of the people in our year.  Could you see what they were good at or not?

Jo-Anne: We were just teenagers. Some people have surprised me.
Jo-Anne: Go back in time. What would you say to yourself?

Alan: A good job is doing the best thing for people.

Jo-Anne: Especially preventive stuff that’s where the true rewards are.

Alan: Sometimes the right thing is do nothing.

Alan: When you graduated what were your expectations. How did you see your future?

Jo-Anne: I need to get some practice. I need to apply what I know. Get better at it.

Alan: Did you expect to work as a dentist for the next forty years?

Jo-Anne: Yes, I think I did. At times I thought of buying a practice but I never did. I found someone very good to work for and stayed with her.

Alan: Did you expect to be a general dentist.

Jo-Anne: Yes, I did. And doing the things I enjoyed and referred the other things away.

Alan: In 1979 what did you think you needed in order to be a successful dentist?

Jo-Anne: Good at explaining what you are going to do. What and how and why and also technically you have to work on your skills all the time.

Alan: What do you need to be a successful dentist in 2021?

Jo-Anne: You still need to keep up with new materials, techniques. New research. It is a tougher world than it used to be.

Alan: Tougher in what way?

Jo-Anne:  It is difficult getting a job with mentoring. The corporations employ new grads and may give them financial targets to meet. They may be pressured to do well remunerated and complex work.

Alan: Lets go back again and look around our year. Could you see who was going to be a successful dentist?

Alan: You’ve mentioned two people who were close to top of our year academically and technically. It was obvious where they were heading. They have both turned out to be very successful specialist dentists.

Jo-Anne: I must mention B. He was a quiet achiever.

Alan: I met him down in Hobart and to me he’s been successful at balancing everything. Work, play, family, everything. He’s got the balance right.

Jo-Anne: He’s a better listener than me. His patients all like him.
B has been a very successful general practitioner. Very good at getting on with people. At Uni we would not have predicted his future.
Jo-Anne: Have you met D down in Tassie.

Alan: I’ve met him and met his wife and kids and we bonded instantly. I had this instant affection for him. At Uni we had virtually nothing to do with each other.  We didn’t bond. We have bonded now because we shared Uni together. We were in the trenches together.

Jo-Anne: There’s is so much to talk about. Mutual friends. Demonstrators.

Alan: Yes, that’s right. Can I mention one other person. J. Our parent’s sent Christmas cards and I’ve always known what she was doing and I’ve met her at a few, unfortunately, funerals and we will be bonded forever.

Jo-Anne: You were related.
​
Alan: Our mothers were cousins. She’s fantastic. We were in the same year at Uni. At Uni our surnames put us in different places. Today when we meet we always talk about dentistry but that is not the only reason we are bonded for life. 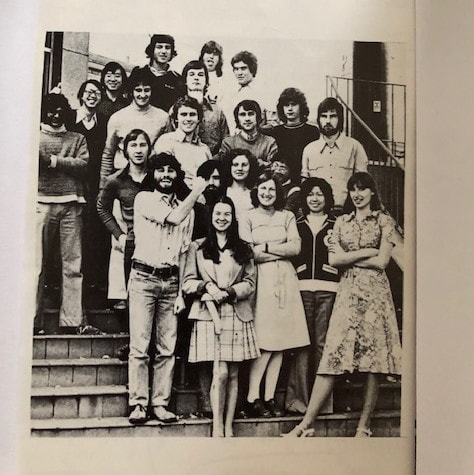