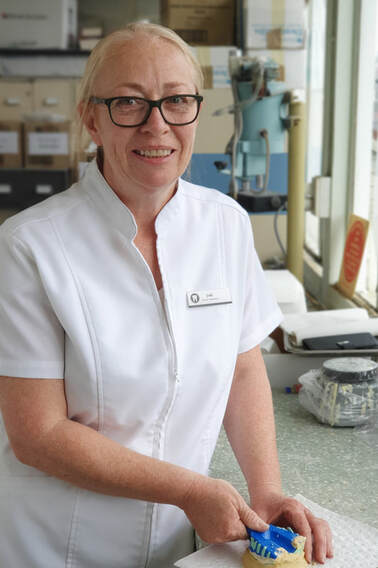 We started working together more than twenty years ago.
At present she works with others. Her job involves floating. Between reception, chairside, infection control and stock control.

Alan: Can we go back to the beginning.

Jodie: Initial job interview.  I remember it clearly. I remember I could not find the building and I actually had to find a pay phone and call you.

Alan: You turned up late. You were really upset about being late. It was obvious being on time was important to you. You proved this by being late.

Alan: How did you feel after the interview?

Jodi: I thought I interviewed okay but I was late and you didn’t give me any signals as to which way it was going to go.

Alan: That could be because I have an open mind during any job interview.

Alan: Did you do any research on the practice? Do you know what I did or my reputation?

Jodi: I could not find you and I didn’t know who you were.

Alan: I would say research is critical. Both people should research the other person. Much easier today with Google and Facebook.

Alan: How important was appearance?

Jodi: I had to make sure my hair was done and my make-up was done and I made sure I was nice and tidy and I had my paper resume with me.

Alan: I look for neat and tidy and forgettable. I don’t want to think of clothes or appearance after the interview. Some people go over-glamorous which is just as bad as scruffy jeans.

Alan: Okay what was your impression of the practice?

Alan: Neither did I.

Jodi: I didn’t know that. It was tidy.

Alan: Can you remember what I asked you?

Jodi: Did I have any experience? Was I a smoker?  I remember I wasn’t your first choice.

Alan: You were not the first choice. I don’t know who my first choice was and what happened to her.

Occasionally I have had the experience of employing the wrong person. Within a day or two you know this is not going to work. Normally they also know it and resign. Sometimes they need a nudge. If it is not going to work then don’t pretend. End it quickly.

Alan: I can’t understand why you can’t ask if someone is a smoker or has children.

Jodi: Nowadays it is illegal to ask people whether a person is a smoker or not. It does not determine the manner in which they can perform their tasks. Or having children.

Alan: I want to ask you if you have children because the way you relate to other people is critical in the job. It is the job.

Jodi: Are you asking them have you got children because you’re generally interested in them as a family person or are you asking because you need to know whether they may drop what they’re doing to go to their kids or have them come to work.

I have researched the Fair Work Act 2009.
It is unlawful to discriminate against a prospective employee on the basis of their race, colour, sex, sexual orientation, age, physical or mental disability, marital status, family or carer's responsibilities, pregnancy, religion, political opinion, national extraction or social origin.
It is unlawful to request information that could be used as a basis of discrimination.

Prior to 2009 I used to chat randomly. My fallback questions were.
Did you floss your teeth today?
What did you have for breakfast today?

I used to avoid standard generic questions. Such as: What are your strengths and weaknesses?
All they do is identify someone who has applied for many jobs. An expert at job interviews.

My aim with a job interview was to employ the right person. My aim was a win for me and them. My aim was to identify someone healthy, honest and caring. Someone I could get on with and someone who would put up with me.

The Fair Work Act doesn’t stop me employing the right person. I actually love this act. This act reminds me I live in a wonderful country. A country that aims for equal opportunities for everyone.

Jodi: You liked to employ inexperienced people and I didn’t get it but it actually did make sense to me in the end because somebody with no experience is someone that you can turn into what you want.

Alan: My attitude was to go for the right person first. Whoever you employ they have to learn how you do certain things. Anybody has to be trained to fit in with the practice. What matters is not how much training? What matters is the way they learn and change. I didn’t discriminate against someone with previous experience. I just went for other things. I went for honesty and caring.

Alan: What about written and phone references.

Jodi: The reference depends on the connection that they have with them. If they don’t have a connection with them then forget it.

The phone and written references only ice the cake. They normally confirm what you are already thinking.

Alan: You seem to be going well. May your future be as good as the present and our combined past.

Jodi: Thank you for this trip down memory lane.  I’ve enjoyed it.