​1804: Lt Governor David Collins marked this spot as a burial ground.
Contained two streams, wattle groves and was apart from the main settlement.
It was named St David’s Cemetery after Lt Governor David Collins. If you were in charge of Hobart, you could make yourself a saint.
1810: David Collins was buried in St David’s Cemetery.
1811: A church was erected above his grave. A storm blew the wooden church down.
1838: The present monument to Collins was erected.
1840-1860: Land around the cemetery was developed. Concerns about health risk from the cemetery.
1872: Cornelian Bay cemetery opened. All other cemeteries were closed.  900 people were buried in St David’s Cemetery.  Some were reburied. Some left under the garden beds and lawns. Some in memorials.
1888: Carving of lions erected at St David’s Park.  Lions are not native to this area.
1880-1926: Cemetery not cared for. Contained uncontrolled flora, collapsed graves and criminals.
1926: Park was designed into today’s format.
Best way to explore the park is to lazily wander and serendipitously come across and read a memorial. The memorials are people who lived and died in early Hobart. 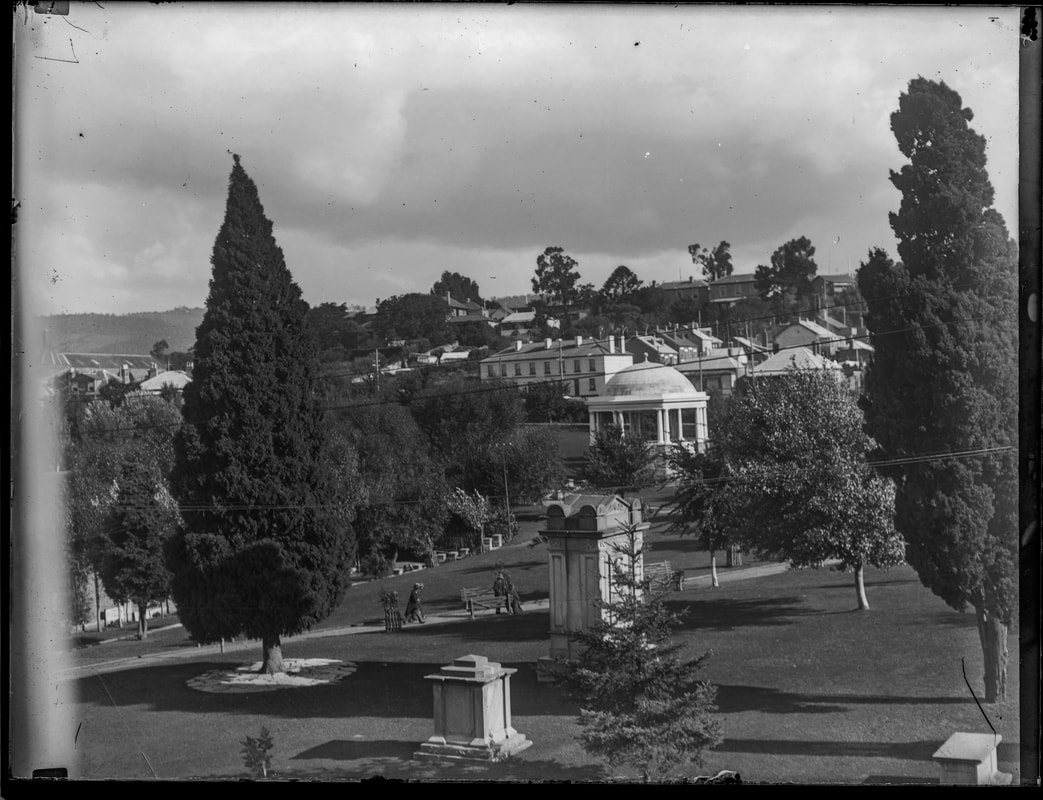