1834: A petition from local people presented to Governor to build a church. The same people bought the land.
1836: Building of the church begun. Design was neo-classical.
Two aisles. Not one central aisle.  Original pews are still present.  The church is a beautiful sandstone building. Built in three stages. Appears whole. Neat. Simple. Neo-classical design copied churches in London. Which were also built in a Greek design.
1838: Church consecrated.
1841: Building of tower begins.
1847: Tower complete. A landmark for sailors. Battery Point was home to many nautical people. The church helped the poor and sea widows and did a lot for local mariners.
The first church in Tasmania to take collections. The church then built alms houses for elderly men.
1888: Porch with Grecian columns was added. Building of church now complete. Called “The Mariners Church.”
1896: Parsonage was built next door.
1914: Building for Sunday school erected.
Landmark for ships. On a hill.
Today: It is an active community church in the Anglican tradition. 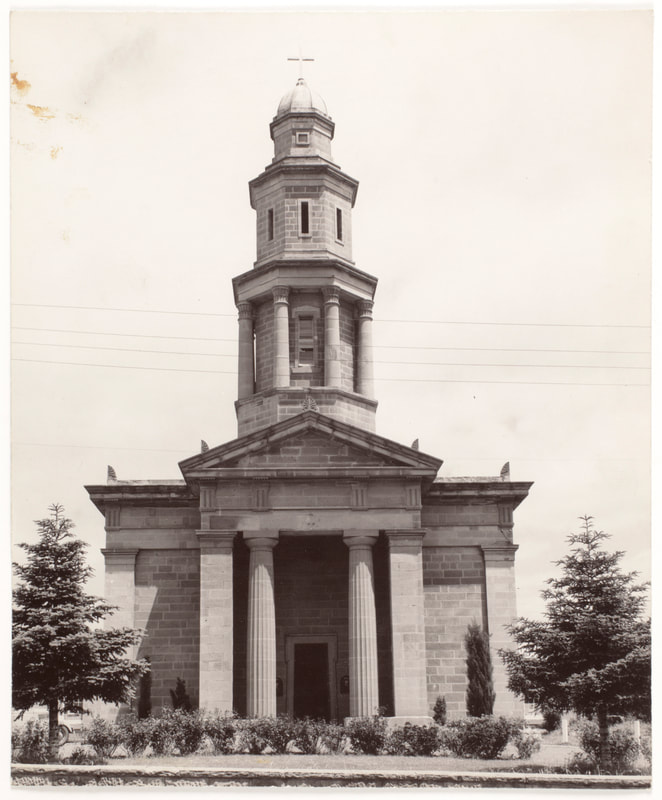